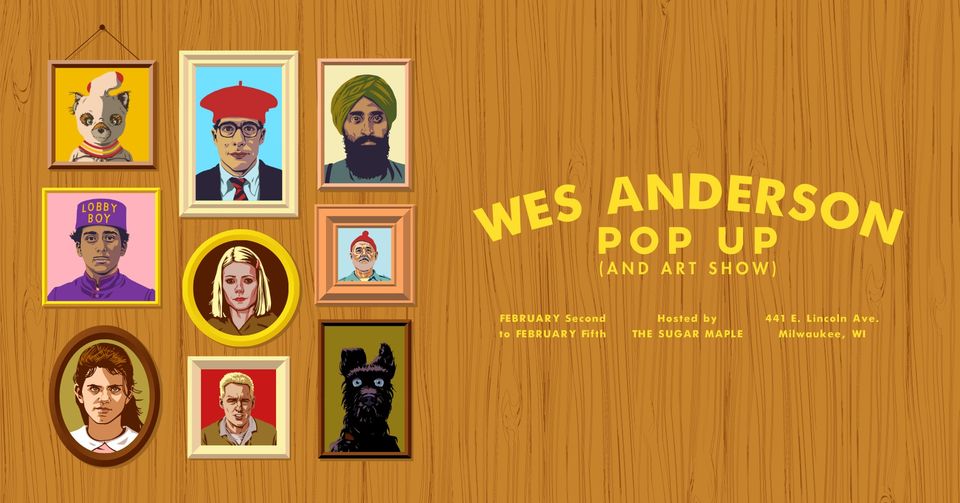 The Sugar Maple will be donned in themed decor, will feature a themed cocktail menu, music from the films, screenings from the director’s catalog of films, a costume competition, a vendor fair, a ping pong tournament, and food from Sojourn Mobile Restaurant and Catering.

FRIDAY AND SATURDAY: Food by Sojouner Mobile Restaurant and Catering 5P-sell out

We will open at 4P on Thursday and Friday, and at NOON on Saturday and Sunday. We encourage costumes, your playful attitudes, and all the geeky knowledge with regards to Wes Anderson.

Wes Anderson is a Texas-born American Filmmaker famous for his distinct visual and narrative style.

His feature film debut in 1996 was not a commercial hit, but it gained a cult following and launched a career now filled with countless accolades and awards. In a career spanning nearly 30 years, Anderson has left an indelible impact and has continually proven himself to be a pioneer in the field of filmmaking. With films such as The Royal Tenebaums, The Life Aquatic, Fantastic Mr. Fox, Moonrise Kingdom, The Grand Budapest Hotel and Isle of Dogs, Anderson has solidified his place in the pantheon of auteur filmaking.