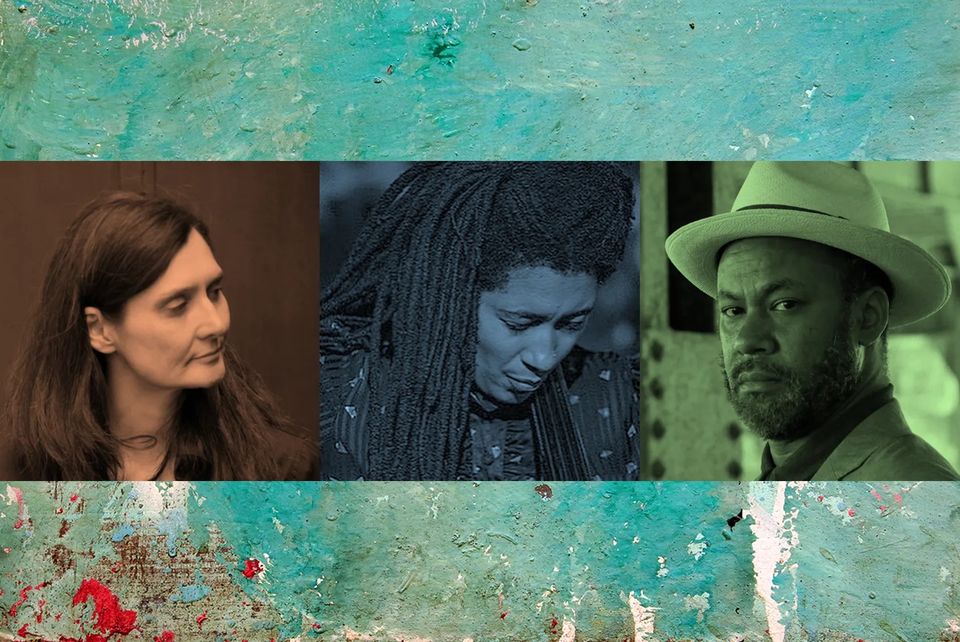 Cellist and composer TOMEKA REID has emerged as one of the most original, versatile, and curious musicians in Chicago’s bustling jazz and improvised music community. A 2022 Herb Alpert awardee and MacArthur Fellow, 2021 USA Fellow, 2019 Foundation of the Arts and a 2016 3Arts recipient, Reid received her doctorate in music from the University of Illinois, Urbana-Champaign in 2017. From 2019-2021 Tomeka Reid held an appointment at Mills College as the Darius Milhaud chair in composition. Most recently, she was the artist in residence with the Moers Jazz Festival 2022.

*Niswer is one of the exceptional musicians who has for some time been redefining the contours of the European jazz scene – an artist on a mission, with boundless energy, a rich pallet of color and virtuoso technique. Born in Poland, she resides in Cologne. She has been working with Joachim Kühn, Tyshawn Sorey, Nasheet Waits, Jim Black, Sylvie Courvoisier, Julia Hülsmann and Gerald Cleaver to name a few.

Mike Reed is a musician, composer, bandleader and arts presenter based in Chicago. Over the last two decades he has emerged as a dominant force within Chicago’s diverse artistic community, both through the music he makes and the live events he produces. In addition to leading or co-leading several working bands, all rooted deeply in jazz and improvised music, he’s founding director of the Pitchfork Music Festival, the current programming chair of the Chicago Jazz Festival, and the owner and director of the acclaimed performing arts venue Constellation. He is a devoted cultural advocate committed to providing platforms for artistic expression unhindered by commercial pressures. In 2016 he also became the owner of the Hungry Brain, a cozy neighborhood tavern that’s been a fulcrum for live creative music and socially-driven public programs.