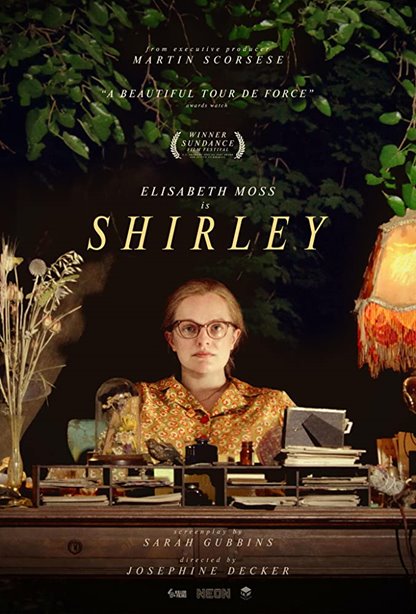 Renowned horror writer Shirley Jackson is on the precipice of writing her masterpiece when the arrival of newlyweds upends her meticulous routine and heightens tensions in her already tempestuous relationship with her philandering husband. The middle-aged couple, prone to ruthless barbs and copious afternoon cocktails, begins to toy mercilessly with the naïve young couple at their door.

“A concoction of fact and magical realism, which may frame the film as a radically more exciting cousin to Stephen Daldry’s Virginia Woolf-centered, triptych drama The Hours.”
– TheWrap

“In Shirley Jackson, [Moss] veers from grumpy to menacing to touching, turning in what may be her best – and is surely her wittiest – film performance to date.”
– Entertainment Weekly See Less