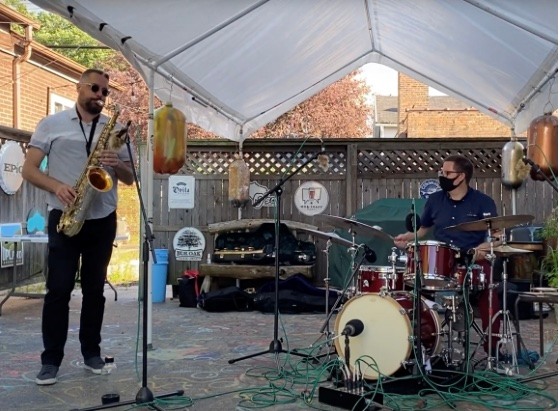 A Chicago native, Mark worked in the Civic Orchestra of Chicago in the 70’s, moved to Nashville in the early 80’s where he became an integral part in the active studio scene as well as touring in bands with Loretta Lynn and Ray Price. In the mid 80’s he’s been in New York working with John Zorn, Dave Douglas, Uri Caine, Billy Hart, Joe Lovano, Lee Konitz, Chris Potter, Paul Bley, and Muhal Richard Abrams.

Mark has recently moved to Chicago, and The Dynamic Duo have invited him to join them at the Sugar Maple for this exciting improv jazz event.